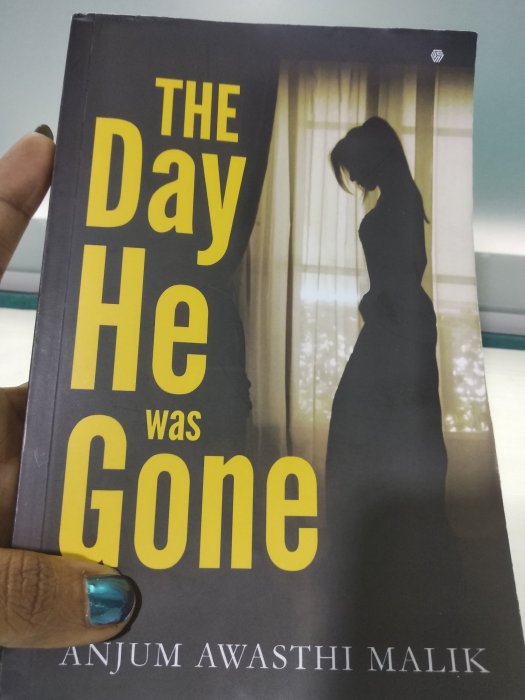 Reeva Panchal has had a traumatizing past, but she is trying to build up her life again from scratch with her skill in art. When she receives a surprise marriage proposal from the wealthy hotelier Agnivesh Solanki, she can’t help but feel odd about it even though her parents are insistent that she agrees to it. With Agnivesh’s entry into her life, all her problems seem to alleviate at an unrealistic pace, even though Agnivesh continues to exude a dark aura for her. What unfolds is a series of unprecedented events where relations are broken, mistakes are made and the past is dug up to destroy as well as heal.

Reading through the blurb and at a first glance the book seemed to be telling an ordinary story. But once I started reading it, I realized I was wrong. No, the author proved me wrong. The book starts with the protagonist Reeva receiving a marriage proposal from a millionaire Business man Agnivesh. No one including her parents are clueless about this guy and his whereabouts when suddenly he proposes to marry their only daughter.

Sumitra, Reeva’s mom gets elated since she gets the surety that her daughter would be well settled if she marries Agnivesh. But on the other hand Prakash, Reeva’s father is a person who understands his daughter and does not pressurize her to get into wedlock. Especially with a stranger who pops out of nowhere.

Reeva owns a handicraft workshop where she supplies gift articles for smaller celebrations. She initially resists Agnivesh, but after getting to know him over a couple of instances she falls for him finally.

The book alternates between the story between Reeva and Agnivesh and chapters from a diary “All about Sona”, where we see a letter being addresses to the diary by a guy about his to be girlfriend whom he names Sona. The part where both stories intertwine is just amazing.

The characterization is just done perfect. Especially that of Agnivesh. There is not a single spec of doubt that arises though he is portrayed to be a reserved stubborn guy initially. Getting to know he has a past and that has Reeva in connection is woven pretty well.

Reeva’s part, I won’t say is subtle, but the emotional struggles she undergoes from within and how she tries to hide them from the outside world makes her a strong protagonist. She does not fall for Agnivesh immediately when the proposal is received. She is curious to know who he is and how did he know of her and propose a marriage. She takes time to understand him and believes him completely when she is shattered by an instance which makes her solely dependent on him to prove her innocence when her own parents accuse her.

Prakash is a protective father, who does not thrust decisions on her but also wants her to settle in a good manner.

The cover is designed well with the picture of a girl looking dejected portraying that she is thinking of her past and in engrossed in it completely.

Born and brought up in Pathankot (Punjab), Anjum Awasthi Malik is presently residing in Noida (U.P.). She has done her Post Graduation in Engineering from G.G.S.I.P.U. Delhi and has seven years of experience in the technical world. Last she worked in Centre Development of Advance Computing (CDAC), Noida. She took a break from work to look after her kids and meanwhile started writing the stories which have always been there in her mind. ‘The Day He Was Gone’ is her second book. Her first book ‘The Twist of Fate’, published by Invincible Publishers in December 2017, is widely appreciated by the readers and has several positive reviews on Amazon as well as Goodreads. With her writing and narration style, she has carved a niche for herself. She has always been a creatively inclined person.

4 Replies to “Review of The day he was gone”