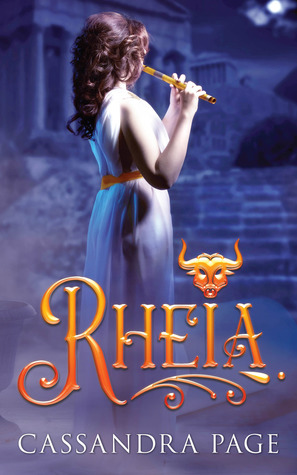 “Beauty and the Beast” meets Ancient Greece, with a steampunk twist

Every year, Rheia’s father brought home four prisoners of war, sacrifices to keep the demon Typhein bound. Rheia never gave them much thought … until her father’s enemy made her one of them. Now she has two weeks to find a way to escape death at the hands of the Beast and either save her people or condemn them to destruction.

The last thing Rheia expected was to fall in love with the Beast oath-bound to kill her.

Rheia waited, fidgeting, until the herbalist finished tying off the bundle of fennel and counting out her change. Then she tucked the herbs into her basket and followed her brother, head down so as not to attract attention: an unwed, unaccompanied woman. She would kill Aias if his running off resulted in any slight against her name. She swallowed and adjusted her veil, making sure her hair was completely covered.

She found Aias standing in the deep shadows beneath the statue. He couldn’t see into the temple from there, wedged as he was between one huge sandalled foot and an outer pillar, adjacent to the shadowed porch, but his head was cocked as he listened, eyes wide as wine cups. “You just wait until I tell Mammidon about this,” she hissed.

“And if the priests see you out here, lurking like a thief, what will they say?” She grabbed his arm and tried to pull him away, but he eeled from her grip and stepped closer to the entrance. If she tried to grab him again, he might stumble backward, out into the bright sunshine where he would be much more obvious. Grinding her jaw with frustration, she glared at him.

He glared back, head tilted upward to meet her gaze. “Rheia, something is going on. They are stirred up like an ants’ nest. Don’t you want to know why?”

“No,” she whispered, shaking her head emphatically. And she didn’t. She wanted to browse the trinkets at Phidias’s stall, see if he knew her name, see whether Galen was lurking out the back somewhere and might come over to see her.

But she couldn’t do so without Aias. “All right,” she said with a sigh, crossing her arms and looking away towards the harbour as though she was merely taking a moment to shade herself from the hot sun. “One minute.”

Resolved not to listen to the voices inside the great building, Rheia studied the mason’s mark hidden at the statue’s heel as though it were the most interesting thing in the world. She had heard of Myron, even though he’d died when her grandmother was a baby; the huge statue had been his last great work. But a babble of raised voices as they passed close by the inside doorway caught her ear: the words thysia and offering louder than the rest, as the speaker emphasised a point. They fell away, and she wondered what had happened to cause such consternation. Had the helot girl tried to escape again? Had she been successful this time? There would be a city-wide manhunt to find her if it were true. A surge of sympathy for the girl made her purse her lips. How awful it would be, to know you would be dead when next the moon was full.

Aias’s fingers digging into Rheia’s arm brought her back to herself. “Rheia,” he whispered, the sound sharp with fear. “Let’s go.”

“Finally,” she muttered, glancing up and down the street for watching eyes before hurrying him away from the temple, her hand at the small of his back so he couldn’t dart off again. But when she tried to stop at the goatherder’s stall to buy a pottery jar of milk, he dragged her on, out of the agora. “Aias, stop! Wait!”

“You heard what they said.” He shook his head, curls bouncing emphatically as he hauled her along the street, almost at a run. “We have to get home. Father will know more.”

Rheia’s heart felt strange in her chest, anxiety making it flutter. “More about what? I was trying not to listen. As you should have been.”

Her little brother stopped, staring up at her with his mouth ajar. Then he pulled her by the hand into a quiet alley, away from the bustling traffic of the main street. “One of the helots is dead,” he whispered, eyes glittering with excitement. “One of the girls. Suicide, they say.”

Rheia’s eyes widened as she stared at her brother. The flutter in her chest expanded to swallow her belly. “But what will happen now? It’s only two weeks until the festival. The offering!”

“That’s what they were arguing about. One of the priests thought the triremes would be sent back out, while the other said it was too late. Father will know; if the ships are to be sent, he will captain the fleet. Come on. Before he leaves!”

Rheia let Aias drag her up the hill towards their villa, her mind whirling with the implications. The Broken Ones were meant to have the thysies for a full ten days before the ritual. Something about cleansing rituals. But that would only give the triremes three days to get to the helot lands and back again. Would it be enough?

And if not, what was the alternative? 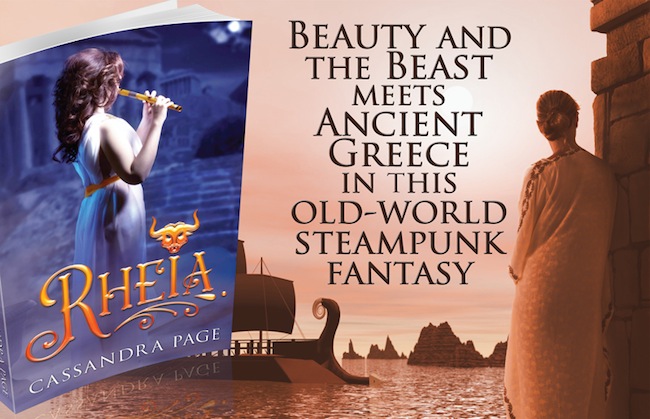 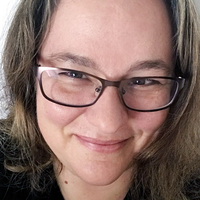 Cassandra Page is a mother, author, editor and geek. She lives in Canberra, Australia’s bush capital, with her son and two Cairn Terriers. She has a serious coffee addiction and a tattoo of a cat – despite being allergic to cats. She has loved to read since primary school, when the library was her refuge, and loves many genres, all of them speculative fiction. When she’s not reading or writing, she engages in geekery, from Doctor Who to AD&D. Because who said you need to grow up?